What’s in Your Air?

You might scoff at the idea of describing your indoor air quality to a professional technician, but it’s not that far-fetched. Those odors that you smell every day, the constant sneezing you have to endure, and the cooking smoke that never tends to leave your kitchen after cooking a steak, all relate to your indoor air quality in some way. The best part about this is that we can help.

Air quality doesn’t have to be stagnant. You don’t have to just “get used” to sneezing in your home, or smelling strange odors in certain areas of the house. Scientifically, these odors are caused by particles in your air, and there’s a source to them. An air purifier in Avon, OH can target the source of odors and eliminate them.

Don’t believe us? Well, let’s start by describing what’s in your air so we can get to stopping the problem at its root.

END_OF_DOCUMENT_TOKEN_TO_BE_REPLACED

5 Things an Air Purifier can Do for You

Air purifiers are well known in our area. For many homeowners, air purifiers in North Olmsted, OH are the key to eliminating contaminants and keeping a home safe. However, there are other hidden benefits to having an air purifier in your home. We’d like to be the team to talk about those benefits and hopefully convince you to take the dive into fresher, cleaner air today.

If you’re interested, keep reading. We’ll get into all the nifty details about air purifiers and how we can be the team to get you the service you need.

END_OF_DOCUMENT_TOKEN_TO_BE_REPLACED

What does healthy air mean to you? When you close your eyes and imagine healthy air, is it the fresh smell of a brook or meadow? Do you think of a recently lit candle or a specific type of perfume?

While odors might be a telling sign that you’ve got a problem with your indoor air quality, they’re not the full story. A lot of contaminants that exist within our indoor air are impossible to detect with our noses and eyes. Viruses, bacteria, mold spores—they’re all contaminants that can be hard to ward off without the right equipment.

Thankfully, with the help of an air purifier in Bay Village, OH you could combat the contaminants that are making you sick. Let’s talk about how investing in an air purifier could help make your life a lot easier.

END_OF_DOCUMENT_TOKEN_TO_BE_REPLACED

The Difference Between an Air Purifier and an Air Filter

Air purification is becoming a necessity in our day and age. Homes are being built so airtightly to keep conditioned and heated air inside that little attention is being paid to the lack of fresh and clean air that can exist indoors. Luckily, ingenuity in the HVAC industry has lead to some pretty remarkable solutions for this problem, including the air purifier and air filter.

Today we’re going to talk about the difference that you can expect between an air filtration system and an air purifier in Avon, OH. They’re different in the goals they accomplish while they might both improve your home’s indoor air quality. Homeowners who are looking to study up on these systems before they make a purchase, pay attention!

Let’s talk about the benefits of each system, how they operate, and which system might be right for you.

END_OF_DOCUMENT_TOKEN_TO_BE_REPLACED

4 Unique Advantages of an Air Scrubber

Air scrubbers are a nifty tool to take advantage of when trying to improve your indoor air quality. Many homeowners can’t even imagine living their lives without one! From eliminating odors to keeping your home safe, an Air Scrubber does its fair share of the heavy lifting when it comes to the health and well-being of your home.

By using technology developed by NASA, the Air Scrubber by Aerus can detect harmful particles in the air and neutralize them by actively purifying your home. If this sounds like it’s too good to be true, we implore you to read on and learn about the hidden benefits of this amazing technology.

END_OF_DOCUMENT_TOKEN_TO_BE_REPLACED

Protect Your Home with a UV Germicidal Light

By staying inside more these days, it’s become increasingly apparent to so many of us that indoor air quality is of the utmost importance. Keeping your air fresh, clean, and odorless is vital when you’re working from home or just trying to enjoy yourself.

That’s why investing in a germicidal UV light air purifier can be a great solution for homeowners who are starting to pay more attention to their indoor air quality. Keeping yourself safe from bacteria, viruses, and mold spores is one of the highest priorities you should have—and these types of technology are tested and proven to help air remain clean.

Still unconvinced? Below we’ve outlined some of the benefits that this type of system can produce. UV germicidal lights in Westlake are available to homeowners who want them, and we’d like to make the case that it could help you and your home.

END_OF_DOCUMENT_TOKEN_TO_BE_REPLACED

The Science Behind Humidity

Homeowners know a lot about temperature control and the seasonal changes in their area, but they know much less about humidity than we’d like. Humidity is one of the largest contributors to comfort issues and frustration with a poorly performing air conditioner. That’s why we’d like to take time today to talk about humidity and where it fits on the grand scale of comfort and temperature.

Are you dealing with poor humidity in your home? Could you use a whole-home dehumidifier? Whether or not you know the answer to that question off the top of your head, we can help figure this out by providing some details about what exactly humidity does and how it can affect your comfort.

Trust us, once you know a little bit more about humidity, you’ll be able to make a more informed decision about what your home could use to combat humidity problems.

END_OF_DOCUMENT_TOKEN_TO_BE_REPLACED

What Can an Air Filtration System Do for You?

While we sit at home and wait for this pandemic to finally be over, it can be easy to get lost in a wide web of online searches for ways to improve your indoor air quality. So, in light of the news and everyone wondering now about ways to make their indoor air quality better, we’ve decided to dedicate a blog post to the effect that an air filtration system can have on your home.

No, we’re not just talking about the filter on your air conditioner or heating system. We’re talking about a separate piece of machinery that is devoted entirely to filtering out bad particles and letting you breathe the clean air you desperately want. Luckily, there are teams like ours that provide indoor air quality services in Westlake for homeowners who want this upgrade sooner rather than later.

END_OF_DOCUMENT_TOKEN_TO_BE_REPLACED

Could You Use an Air Filtration System?

So many homeowners think they don’t need an air filter or air purifier, but we don’t think they’re as right as they assume. Sure, your home might be an exception to the rule, but don’t count out an air filtration system just because you don’t know about the benefits it could provide.

The truth is, our homes are full of systems that produce toxic byproducts that enter our air. From wood-burning fireplaces, to stoves and ovens, even with our pets that are constantly shedding, our houses can become bogged down with thousands of contaminants and particulates that can become irritating and dangerous for our health. If this has become an increasing concern for you and your family, like it has for so many homeowners across the country, make sure to look into purchasing an air filtration system in Westlake, OH to combat the problem of poor air quality.

END_OF_DOCUMENT_TOKEN_TO_BE_REPLACED 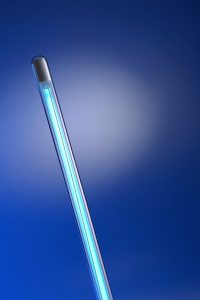 While doing your online research, you might come across the fact that there are two approaches to cleaning the air in your home:

While the methods are similar, and some of the products even have overlapping functions, they’re not quite the same. However, if you’re working with an HVAC expert in Avon, OH from the very start, you won’t need to worry too much about it. Your technician will be able to test the quality of your air and install the right systems for you.

However, we’re still happy to help explain the differences between them with a couple of examples.