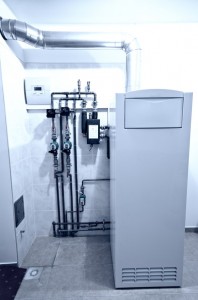 Cold air is a part of life in our neck of the woods these days, and you’re going to need your heating system to run every day without fail. When it runs into trouble there’s no time to waste. An unexpected breakdown in the middle of a cold front isn’t just a nuisance: it can pose an actual health risk as the cold temperatures turn your home into an icebox in a matter of hours.

The good news is that heating systems almost never just break down without warning. Most give out signs and symptoms of trouble that a canny homeowner can spot, allowing you to call in a repair service before the situation gets too dire. Not only does this prevent you from having to scramble after an unexpected breakdown, but it will often reduce the cost of repairs since the damage doesn’t have as much time to spread.

Formal diagnosis should be left to the professionals (it takes training and licensing to properly evaluate the state of a furnace and make repairs). However, many common symptoms recur over a number of different problems, and they’re pretty easy for a sharp homeowner to spot. They can include, but are not limited to, the following:

An unusual sound translates as any sound that you don’t recognize as a standard part of your heating system’s normal functions. Over time, your ears have likely become accustomed to the sounds your system makes when there isn’t a problem. That makes it relatively easy to pick up anything that sounds off: hums, whirs, clangs, groans, and everything in between. They’re usually centered around the furnace itself, though they can carry through the ducts sometimes, and indeed can actually stem from a problem in the ducts such as a breach in certain cases. Most (but not all) of the time, the sound will start and stop with the starting and the stopping of the furnace.

If the burners are clogged, there’s a breach in the ducts pulling cool air in, or a similar issue exists, it will cool down the air flowing through your ducts. It can be easy enough to spot this by simply feeling the air emerging from your ducts, or even just noticing if your heater is running longer than it normally does. That last point demonstrates why low air flow is a problem: it forces your heater to work harder than it should.

Low air flow is caused by blockages in the ducts, clogged filters, problems with the fan motor and sometimes issues with the fan blades themselves. They can cause the same problems that low heat levels do–forcing your heater to work harder than it should–but they also tend to keep hot air trapped in the furnace, causing other components to overheat. Modern furnaces have shutdown features that prevent this, but it still leaves you without a functioning heater until it is replaced.