What’s in Your Air?

You might scoff at the idea of describing your indoor air quality to a professional technician, but it’s not that far-fetched. Those odors that you smell every day, the constant sneezing you have to endure, and the cooking smoke that never tends to leave your kitchen after cooking a steak, all relate to your indoor air quality in some way. The best part about this is that we can help.

Air quality doesn’t have to be stagnant. You don’t have to just “get used” to sneezing in your home, or smelling strange odors in certain areas of the house. Scientifically, these odors are caused by particles in your air, and there’s a source to them. An air purifier in Avon, OH can target the source of odors and eliminate them.

Don’t believe us? Well, let’s start by describing what’s in your air so we can get to stopping the problem at its root.

END_OF_DOCUMENT_TOKEN_TO_BE_REPLACED

What does healthy air mean to you? When you close your eyes and imagine healthy air, is it the fresh smell of a brook or meadow? Do you think of a recently lit candle or a specific type of perfume?

While odors might be a telling sign that you’ve got a problem with your indoor air quality, they’re not the full story. A lot of contaminants that exist within our indoor air are impossible to detect with our noses and eyes. Viruses, bacteria, mold spores—they’re all contaminants that can be hard to ward off without the right equipment.

Thankfully, with the help of an air purifier in Bay Village, OH you could combat the contaminants that are making you sick. Let’s talk about how investing in an air purifier could help make your life a lot easier.

END_OF_DOCUMENT_TOKEN_TO_BE_REPLACED

The Difference Between an Air Purifier and an Air Filter

Air purification is becoming a necessity in our day and age. Homes are being built so airtightly to keep conditioned and heated air inside that little attention is being paid to the lack of fresh and clean air that can exist indoors. Luckily, ingenuity in the HVAC industry has lead to some pretty remarkable solutions for this problem, including the air purifier and air filter.

Today we’re going to talk about the difference that you can expect between an air filtration system and an air purifier in Avon, OH. They’re different in the goals they accomplish while they might both improve your home’s indoor air quality. Homeowners who are looking to study up on these systems before they make a purchase, pay attention!

Let’s talk about the benefits of each system, how they operate, and which system might be right for you.

END_OF_DOCUMENT_TOKEN_TO_BE_REPLACED

Here’s How to Beat Seasonal Illness With HVAC Products 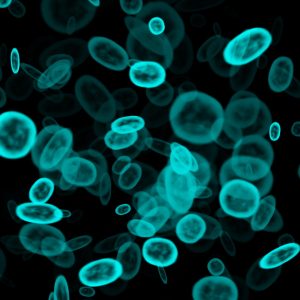 When it comes to seasonal colds and allergies, it’s commonly believed that they’re just impossible to avoid. For the cold, you just know that it’s going to hit you eventually (but maybe you’ll get lucky this year and avoid it). And for those who have allergies, allergy season is just a part of life they have to deal with.

But it doesn’t always have to be so bleak. While we aren’t doctors and can’t give you medical advice, what we can do is offer some of the best indoor air quality products in the HVAC industry. We’ll explain how your indoor air quality in Avon, OH can be improved to help you fight off allergies and colds.

END_OF_DOCUMENT_TOKEN_TO_BE_REPLACED

3 Ways to Assess Your Heater This Fall and Winter 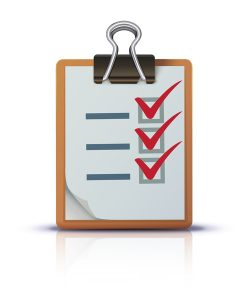 As we advance further into the cold season, we’ll soon be turning our heaters on during the day and not just at night. Naturally, the more we use our heaters, the more wear and tear we’ll be putting them through. Paying extra close attention to them can help you find some repair problems before they arise. Also, now’s the perfect time to assess if your HVAC system is doing everything it needs to.

In this post, we’ll give you some advice on how to assess your system.