Menu
Home / About Us / Album Details

Check Out Our Promotions!

This home was an original Westland install done by Dan Bigley when he was a helper, house was built by Chandler Homes back in the late 1990's. A new Variable speed Air Handler (TAM9) was installed to help the homeowner with electric bills because they run the fan continuously during the winter for the steam humidifier. With the TAM9 unit we can set the CFM to a lower speed and help the humidity level during the heating months. They have a boiler heat system for their heating needs. Their original AHU had a single speed blower and was very expensive to run during the heating season. By Installing the TAM9 unit we can better control the humidity and at the same time save the homeowner on operating costs. We installed the Trane Clean Effects air cleaner with the system to help clean and filter the air in the home. This air cleaner is top of the line as far as benefits to a user. It removes the most impurities on the market and is a great addition to any system. Because the homeowner runs the fan continuously, I felt that this would benefit them with cleaner air, while providing the least pressure drop across it, giving them efficient system performance. Because the system is larger (5 tons), airflow is a huge factor in system performance. The Clean Effects performance in this system configuration is adding value and cleaner IAQ to their home.

Key Factors in install:
Steam Humidifier was already installed on old system
Fan Runs continuously, during winter for steam
Old filter was a 1" throw away style, providing little IAQ to homeowner
House is on the Lake, AC doesn't always run due to lake breeze

Click on one of the thumbnails to see a larger version... 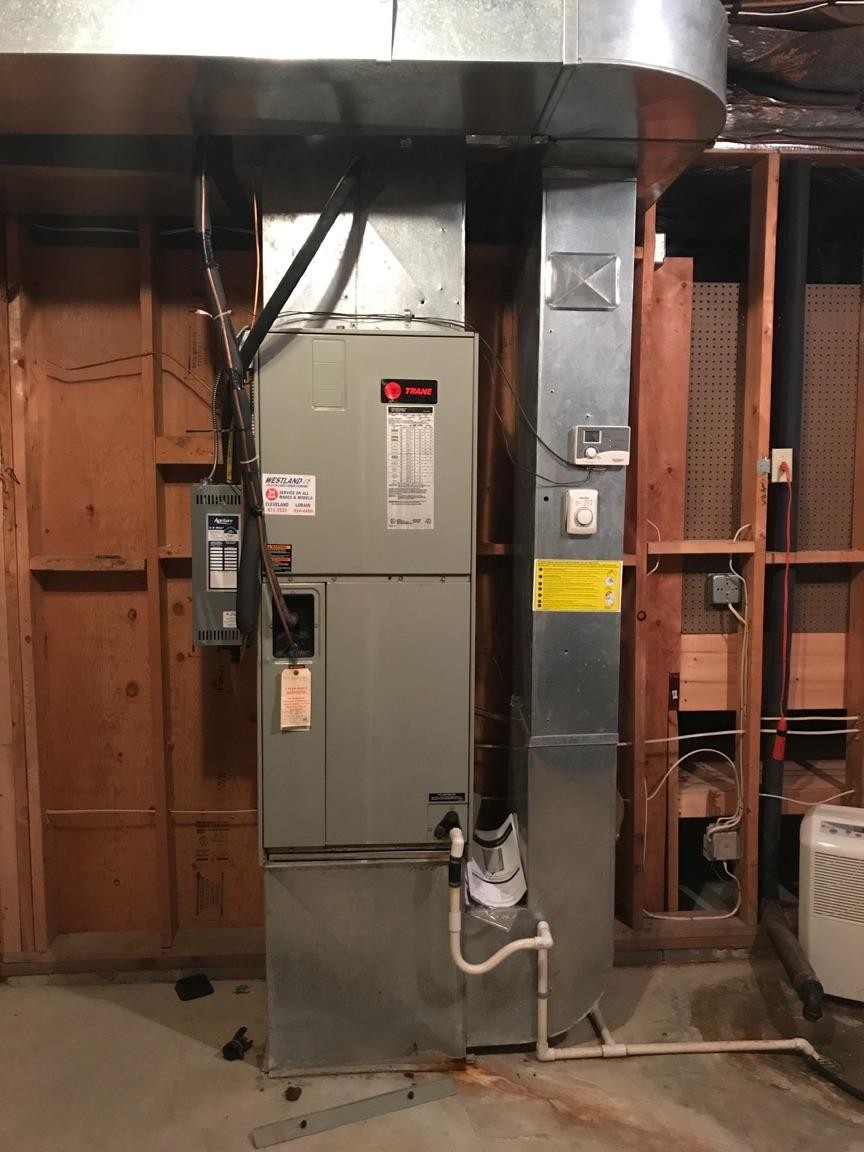 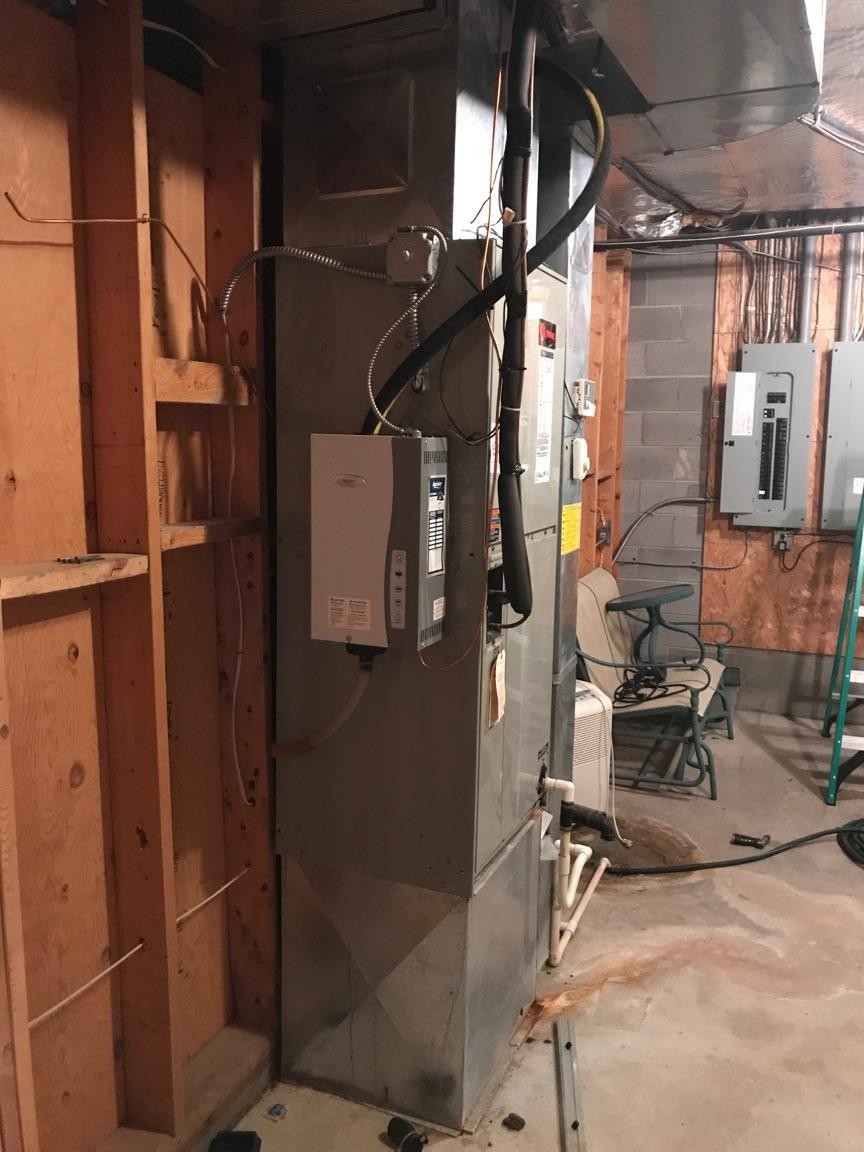 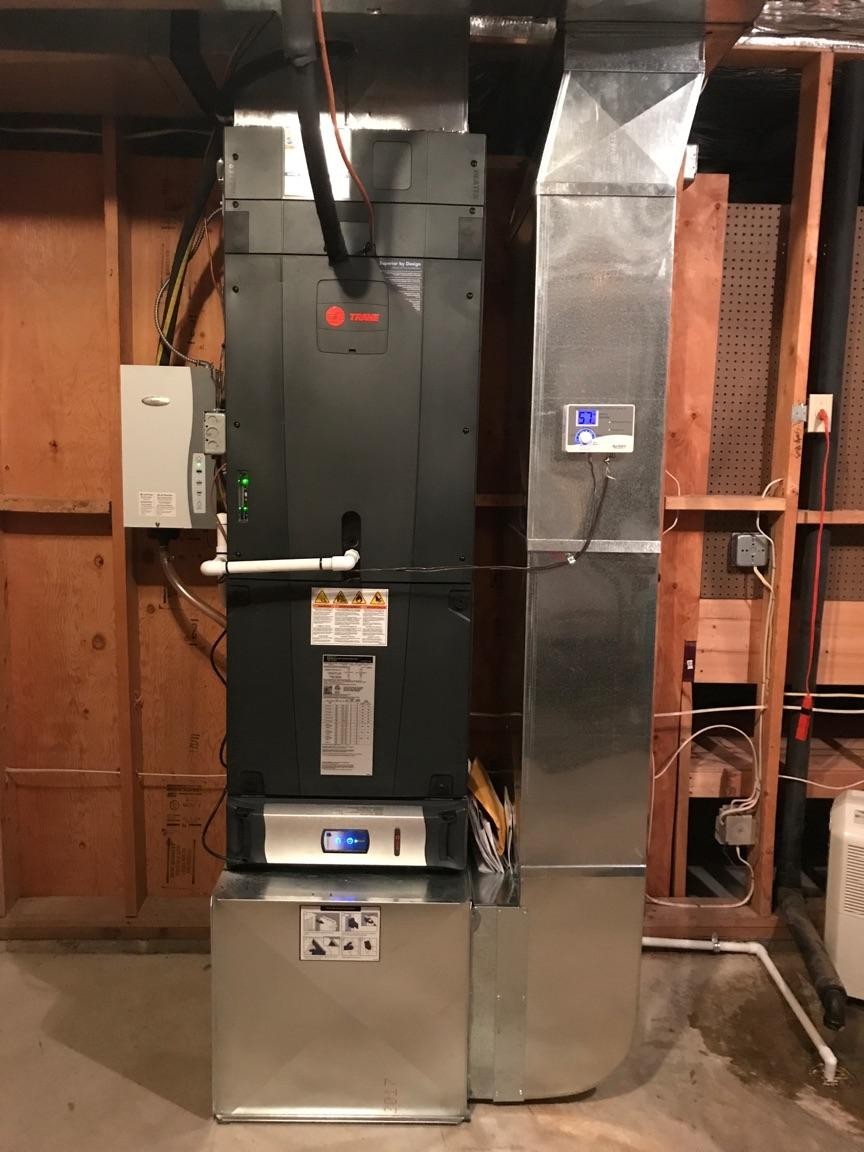 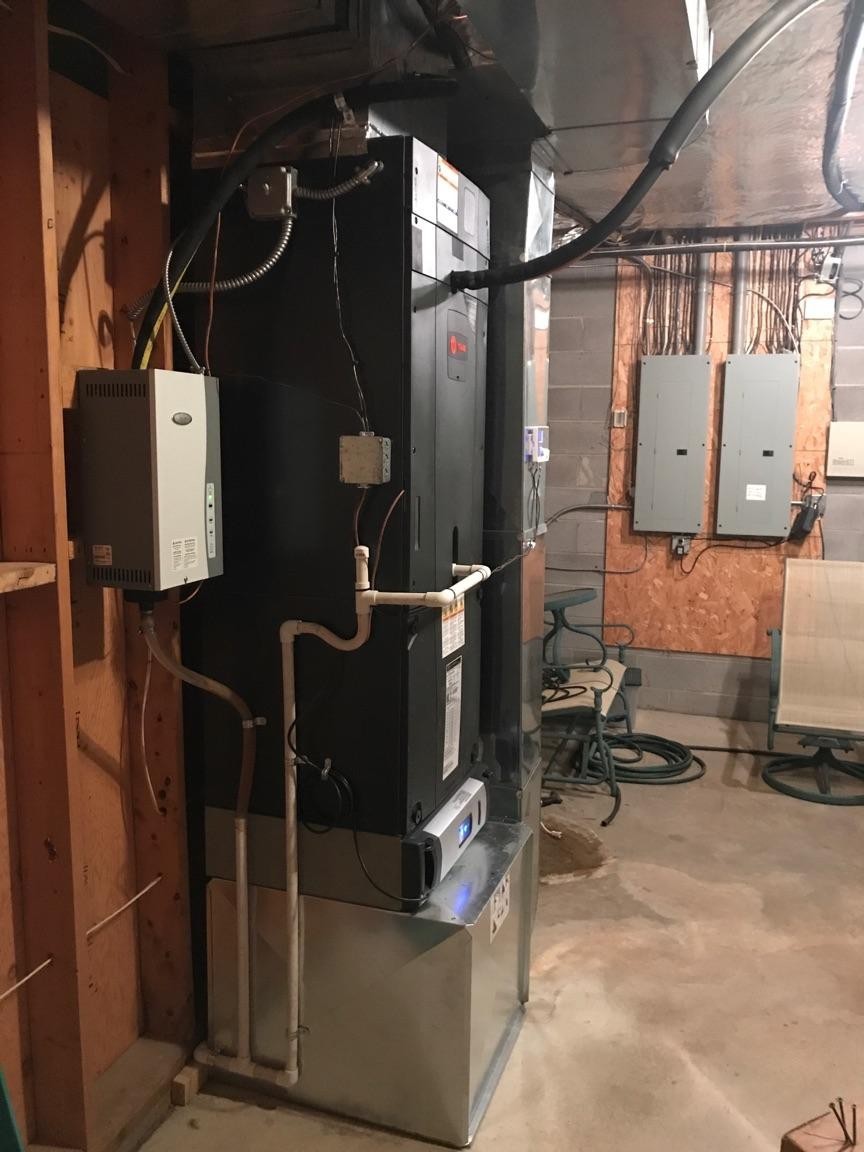 Learn Why Others Love Westland!

Thank you, Garrett, and thank you Westland Heating & Air Conditioning!

The technicians are knowledgeable and pleasant and never leave a mess.

Do we serve your area?